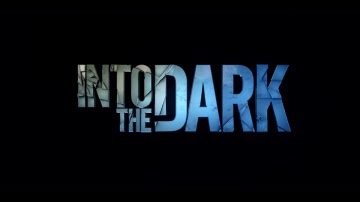 Into the Dark is a series of Hulu exclusive horror movies that are approximately an hour and a half long. They’re presented as an anthology and it is going on two seasons now. I thought it would be interesting to review the episodic movies as a series.

Pure is a movie about girls going to a weekend camp for fathers and daughters where they go to take their vows of purity. We follow Shay, Jo, Lacey, and KellyAnn as they reveal secrets about themselves and their dads. The girls summon forth Lilith, the demon, and all Hell breaks loose.

What I love about this movie is that it’s a total girl power movie but it’s not trying to hard. It’s also an interesting criticism on religious customs. It gives us an alternate look on the ideas of demons and it switches antagonists in unique ways. I can’t say too much about the plot without giving major spoilers, but it has twists and turns you won’t see coming. It took me by surprise and I loved it.

This movie is half old school horror and half criticism on modern religious ideals. It does a great job of doing more than it has to, but not being overly heavy handed. It has multiple stances from feminism to religious cults. It is a bit cheesy in some spots and is a little predictable in other places, but it did a great job of being unique. It’s an interesting watch and I do recommend it.

Crawlers is about a conspiracy theorist drug dealer, and her new band of college friends as they deal with an alien invasion while looking for their missing friend. The invasion takes place during a St. Patty’s day bar crawl, and crawl they do.

This movie is hilarious and cheesy. The aliens in question behave much like zombies but they’re able to morph into the people they bite using the DNA from their blood.

Shauna, the conspiracy theorist, has known through her mother that aliens would appear the whole time and it makes her a super funny know it all. She is right through the whole movie and everyone is skeptical to believe her because she deals drugs and pretty much walks around with a tin foil hat on. It was cool to see an unreliable narrator become the hero of the story.

I will warn that this one does touch on the sensitive subject of date rape and it’s a little hard to watch. But, I feel like it does a great job of taking the subject seriously and making it into a moment of strength for the characters involved.

This one was more of a hack and slash horror movie, very reminiscent of zombie movies. There is plenty of blood, red and green, to go around. If you like gory alien movies, this one is for you.

This one is about Cody, her half brother, her dad, and her step-mother. The step-mother decides it would be a good idea to hire re-enactors to recreate the first Thanksgiving for the family, she hopes it will teach them to be grateful. Needless to say, it backfires and these deadly pilgrims refuse to leave.

So, Pilgrim is interesting. It had a much different tone than Pure or Crawlers, and to me it seemed as if they had one person directing half and another directing the rest. The tone fluctuates between cheesy slasher and genuine invasion horror. They do cheesy jump cuts and they’ll do scenes where it flashes to multiple different angles to show the same thing. It’s really strange.

I did like that it was entirely unique to anything I had seen before. I never thought horror movies and pilgrim re-enactors would ever go together. I won’t say that it was my favorite, but it created something very new and odd.

Have you watched any of the Into the Dark movies? Let me know which ones and what you thought in the comments.

My name is Savannah, you can call me Sav. I am a recent Oregon State graduate, Siletz tribal member, and aspiring book critic. Join me on this exploration of the literary world around us. You’re sure to find something you like. If you have any questions, concerns, or comments feel free to hit me up on the contact page! I live in the Pacific Northwest with my boyfriend, my Havanese/Aussie Shepard Stark, my Jack Russell/Shih Tzu Daenerys, and my son Finn. View all posts by Savannah Worman

7 thoughts on “(Mini Movie Reviews) Into the Dark: Pure, Crawlers, and Pilgrim”